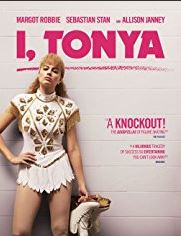 One of the films I saw at the Cabo San Lucas International Film Festival was I, Tonya. After the Golden Globes where Allison Janney rightfully deserved an award for her portrayal of Tonya’s mother, a lot of people were upset that a movie “promoted” someone who did something bad. Interesting how this did not happen for the Wolf of Wall Street, Good Fellas, Gangs of New York, Blow, and a host of other movies with real life portrayals of male bad guys. But I digress.

What I noticed watching the movie was the effect of what we learn and experience as children, and adults, has on how we look at life and how we make choices in our lives. Just the other day I spoke to someone in job transition. Many years ago, one of his co-workers sabotaged his career. For the years following, he had a string of short-term jobs where he walked through the door looking for the person who was going to do that to him again. He was looking for the fight. He was defensive and scared. Can you imagine how his bosses and co-workers would react to him? The result was he replayed the event again and again in job after job.

After seeing the I, Tonya, I was telling a friend how it was a brilliant telling of not only the Tonya Harding / Nancy Kerrigan memorable event, but also the back story of why Tonya is who she is. Regularly beaten and unloved by her mother, abandoned by her father, and abused by her husband, the undereducated Tonya was not positioned to be the best person. It does not excuse her actions, but it can explain how her experiences led her down the wrong path. She expected others to hate and attack her, so sometimes she even created situations to provoke them.

My friend replied that his father beat him too. He said it lead him to become tough and fight when he was young too. But then he realized he was no better than his father and made a change. Now he is a very kind, hardworking, intelligent multi-lingual man (Portuguese, Spanish, French, English) who has a lovely wife and terrific plans for the future. He started on a similar path as Tonya, but made different, healthier choices.

Sometimes the trials of our lives do not play out in how we interact with others, but how we treat ourselves. The other day I saw an interview with Roxane Gay the author of Hunger. At 12 years old, she was gang raped. Her response was to gain weight to defend herself and make herself unattractive and therefore not a target. This led to a major weight problem. Which then led to the telling of her story which in turn provides the tools for many others to heal. She turned her protective personal choice into a tool to help others in similar situations.

We are all given challenges in our lives, some more intense than others. Our goal is not to stay in the role of victim continually recreating our pain, but to learn from it and change the course of our lives. I have been given some challenges in my life, nothing as intense as the others in this post, yet experiences which initially had me mirroring those that hurt me. Part of my personal growth was in noticing how I was continuing the cycle and consciously choosing to stop it.

What challenges have you been given in your life? What incidents changed the way you approach life, others, and yourself? Have you moved past the incident or are you doing things to create it again and again?