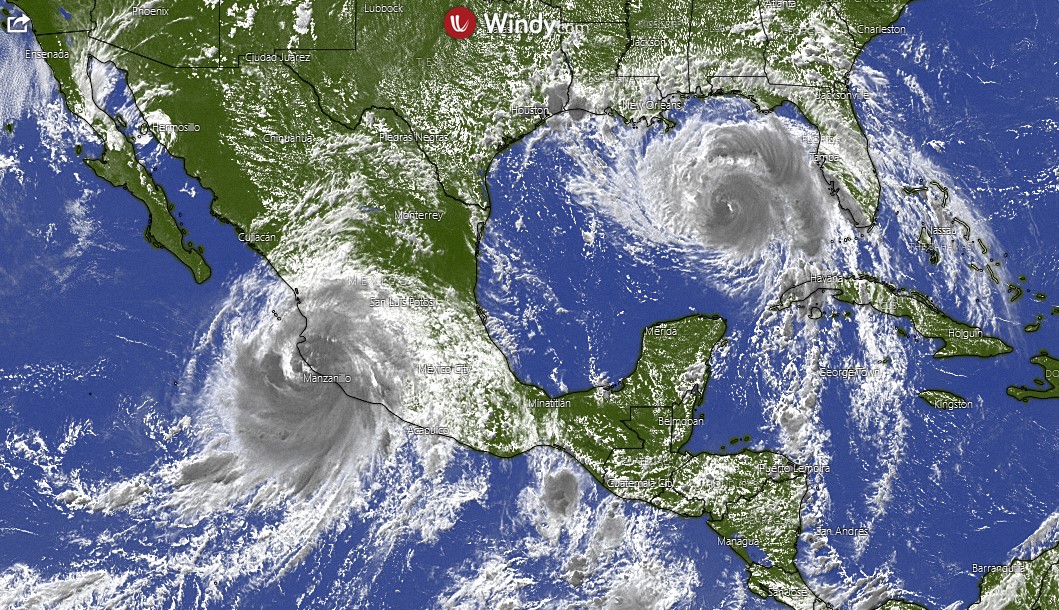 I know this may seem insensitive to those who went through Hurricane Ida in the United States or Hurricane Nora on the mainland of Mexico, but I was upset we didn’t get a hurricane. Let me explain.

Early last week, Windy.com showed a possible wind formation for this past weekend. Last Thursday NOAA made it official that there would be a tropical storm or hurricane. For three days, I obsessively monitored that latest information about the storm. How big would it become? How would it affect my city? Would there be rain or wind or both?

Prepare for the Worst

After living in a hurricane path for six years, we have become accustomed to hurricane season. August and September, we stay on alert. We watch the sites for notifications of storms. We are fortunate to have scientific bodies who monitor potential storms, their possible direction and intensity. We prepare for potential storms. The first few storms, we really didn’t know what we were doing, but now we know what to expect, what to purchase, and how to prepare. Just like making sure there is an ice scraper in the car and that the snow blower is in working order before a blizzard, we are able to prepare for a possible hurricane. My husband and I are blessed to have the money and means to buy and store extra food, water, and gasoline for a generator.

Hope for the Best

We prepare for the worst and hope for the best. But do I really? I did prepare for the worst, but I think I found myself expecting, and dare I say, wanting the worst. I found myself obsessed with the hurricane path. Tropical storms are interesting creatures. As much as technology and science can alert us to a storm, it is not an exact science. The forecast fluctuates as many variables, like hitting land or moving over warm waters, can change the direction and intensity of a potential storm. I, stupidly, found myself becoming angry when the storm diminished in intensity and moved away from being a threat to my home. Why is that?

Accepting the situation was NOT what I was doing. I had invested so much time and worry into the storm’s path that when it was not going to hit, I could see how much worry I had wasted. I was being an obsessed drama queen. My expectations of where, when, and how the storm was going to hit were not met, and I was angry. I was trying to control the uncontrollable. Once again, I found myself planning, worrying, and expecting instead of just living. I was angry at myself for being obsessed about a storm that never arrived.

This is what I forgot to do. I was focused on controlling the uncontrollable or being so focused on worry that I put my life on hold. I waited on, anticipated, the storm. I didn’t go places. I didn’t do things. I told others that I may not be able to make commitments the following week because of the storm. I put a big pause button on my life waiting for something to happen, which never materialized. And I was kinda angry because of all the time and focus I wasted.

What in your life are you waiting to have happen or to be resolved before you move forward? How much time and effort are being spent focusing on things you can not control? What parts of your life are you putting on hold until something beyond your control is resolved?  Breathe. Prepare for the worst. Hope for the best. Accept the current situation which may be one of uncertainty. And keep living.