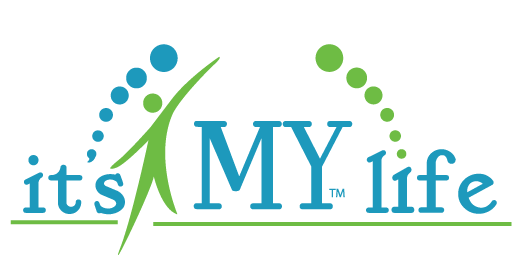 A friend told me months ago about Dhamma Pakasa in nearby Rockford.  They offer a free (donations accepted) ten day retreat to learn Vipassana meditation.  I was immediately drawn to the idea and signed up for the course in December.  The week before I couldn’t stop talking about the upcoming journey.  Not only would I be learning meditation, a great tool to teach my clients, but I would receive some much needed downtime.

Arriving Wednesday evening after a sizable snowstorm, I was assigned a room, unpacked, and waited for the course to begin.  We were offered a bland green pea and carrot soup for dinner then after some brief rules of the center we were ushered into the meditation hall.  For the next ten days we were to adhere to noble silence which meant no talking or even gesturing to the other meditators as well as no reading or writing.  The latter would be very difficult for me as there always seems to be a pen in my hand.  The next morning at 4:00am the gong sounded to wake us then sounded again at 4:15am to give us the fifteen minute warning.  From 4:30am to 6:30am we were to meditate in our rooms or in the group meditation hall.  6:30am to 8:00am was breakfast followed by group and solo meditation until lunch at 11:00am.  By 1:00pm we were meditating again alone or in the group room which lasted until tea and fruit for dinner at 5:00pm.  When 6:00pm came around we were once again meditating followed by an hour discourse by S.N. Goenka then a final meditation until 9:00pm.  This was to be the schedule for the next ten days.  Every day eleven hours of meditation with light and sound deprivation, six hours of sleep, light food consumption, noble silence, zero physical contact, and limited physical exercise (walking to and from the different buildings was the only activity allowed).  I was up to the challenge, or so I thought.

Into the second day I had daydreams of going to a local hotel and soaking in the hot tub.  Those first two days were challenging.  The breathing meditation eventually calmed my mind and stopped the constant mind chatter.  It also amazingly provided an emotional release which filled me with joy and lightness.  This joy became by downfall at the retreat.  I was so happy that I wanted to burst out in song – not quite the right feeling for a silent retreat.

At the end of day two we learned a focused awareness meditation.  I had difficulty turning off my joy and had a limited desire to participate in the process.  I wanted to dance and sing not sit in noble silence with no human contact.  Doubts also began to cross my mind about the process.  Were the very simple techniques all that we were to learn?  I agreed with the premise of the program and what they were trying to have people experience, but I felt that I had been there and done that.  I was uncertain what else I would experience through this process.  I was also concerned about my health.  Not sure if it was the food, changing from eating my normal five meals a day to basically two, or my frustration with the slow pace of the program but my stomach was not right.  I chalked it up to the work I was doing and pushed myself to day four where we would learn the actual Vipassana technique.

By the afternoon Vipassana discourse, I had decided to leave if it was not a remarkable, life-changing technique for me.  I was hoping that it would bring me to the next level but was uncertain if it could.  Unfortunately for me, it was not.  For those of you who have worked with me or who know Martha Beck’s work, the first step of Vipassana is conducting a constant Body Compass to continually watch the minute changes of our bodies and therefore experience the truth that everything is fleeting and change is a constant part of life.  For the other thirty students, this lesson and technique appeared to be monumental, for me, not so much.  Don’t get me wrong.  There were lessons learned on the retreat.  I did get that turn off the world and recentering that I so desired.  But the true lesson for me was that I did not have to get away from my life to be centered and peaceful.  My challenge and quest is to integrate this calm into my daily life.  We are here to balance our lives.  To hold down that job and take care of the family, while also taking care of ourselves.  We shouldn’t have to wait for our yearly vacation to find that peace and calm, but our quest is to find that joy in everyday life while we are in the midst of the stressful real world.

I left the program the evening of the fourth day.  On the drive home I felt a lightness of heart and pure joy.  The next day my stomach ailments were relieved.  Once again I was shown how my body tells me what is right for me.  The program was good for others, but not for me and my body told me so.  But it wasn’t an easy decision to leave.  How could I tell my friend that I didn’t follow through on the program which changed her life?  Could I deal with explaining why I left to the fifty people to whom I had talked up the program?  How could I write my blog and justify being a life coach, yet I could not complete a ten day meditation retreat?  Not to mention my self-torture due to a desire for perfectionism, finishing what I started, and adhering to a commitment that I made.