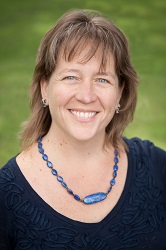 An amazing thing happened, I made a mistake.  And it was a doozy too.  I set up my radio show incorrectly so my 30-minute show was abruptly ended in 15-minutes.  It is so important to me to have the radio show go smoothly because any missteps will be forever accessible therefore having an effect on my character, credibility, and how others perceive me.  However making that mistake was not the amazing thing.  What I was blown away by was how I handled it.

In the past this incident would have lasted days, weeks or years in my memory.  I would have replayed it again and again each time further instilling the belief of how stupid I was, of how I hurt others, and how I was unworthy of joy because of what I had done.  I would have used this incident to shame myself into oblivion.  But this time was different.  This time I apologized to my guests and made it up to them with an hour-long show later this month.  Then I forgave myself.  Yes, I made a mistake but it did not affect who I am.  Yes, I made an error but I was not an error.  Yes, things did not go as planned but that didn’t change my self-worth.

Perhaps for some of you this is a no brainer.  But my fellow perfectionists may resonate with my story.  How often do we judge ourselves by our actions and not our inherent worth?  How often do we forgive others but replay in our minds how we could have done better?  How often do we translate the ups and downs of being human into a judgment of our character?  There was such an amazing lightness when I release the burden of self-attack and moved into self-acceptance and true freedom.  I took responsibility for my actions and fixed the situation as best as I could, but the step I didn’t take was punishing myself for my error.  What would it have served?

Brene Brown has a wonderful talk on TED about failure, shame, and vulnerability.  As she says, “Shame is the intensely painful feeling that we are unworthy of love and belonging.”  The mistakes I made in the past would have sent me into shame and would eventually attack my worth.  Being vulnerable about our errors releases shame and builds up our worth.  Shame holds us back from being all that we can be.  Releasing shame empowers us.

What are some things you are ashamed about?  What would happen if instead of hiding your mistakes and errors because of your shame you owned them, shared them, and embraced them releasing the power of vulnerability and acceptance?  Be brave and share your stories here so you too can be released from your self-imposed prison of shame.  Feel the power of vulnerability.